I’m always looking for healthy alternatives to foods that I love that are not the healthiest – like bacon.  One of my fellow Tone It Up sisters on twitter (@FrancesGetsFit) posted a pic of a BLT using tempeh bacon.  I decided to look for it the next time I was in Whole Foods.  I didn’t see the brand she used (Fakin Bacon .. I think). But I did find some tempeh bacon.

It took me a week to get around to trying it.  Not because I didn’t want to. I don’t cook bacon that often to begin with so I had to think about using it.

When I opened the box and took out the package, it looked like thinly sliced tempeh so I was really curious to see what they tasted like.  I just used olive oil cooking spray and placed the pieces on there.  Cooked it a couple minutes on each side.  It was really very easy to prepare and it smelled just like bacon.

I served it with 2 egg whites on top of spinach.

Served with 2 Egg whites and Spinach

So now for the taste….. It had a really great flavor – definitely tasted like bacon. The thing is, the texture.  It wasn’t firm like bacon and it still felt like tempeh. It was a weird combo in my mouth.  It went well with the egg whites and spinach though.  I think that it would be great to crumble up and toss in a salad :-) 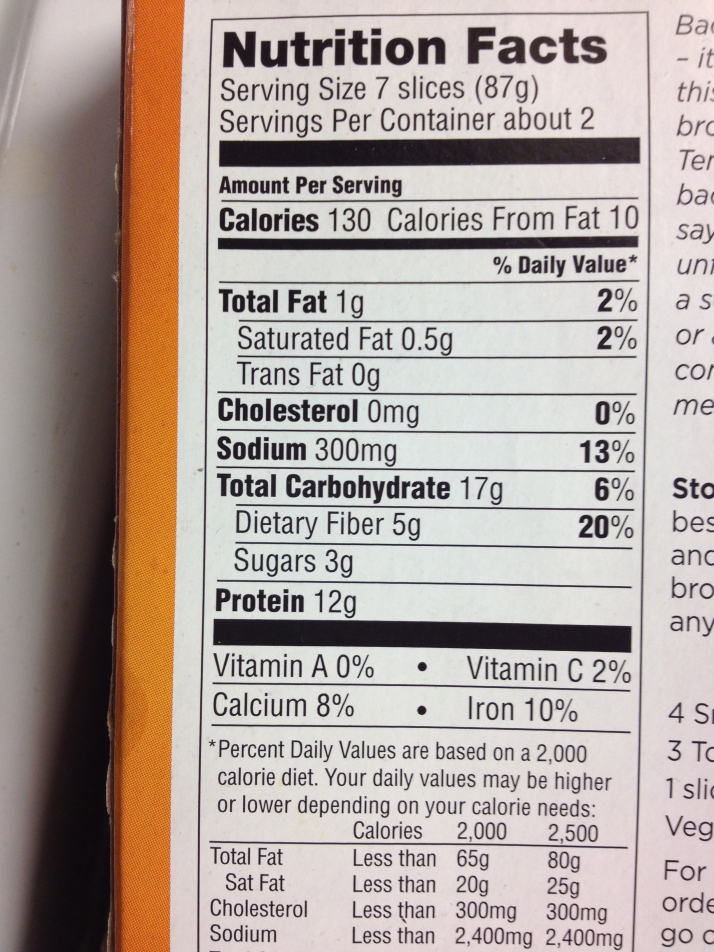 Tempeh isn’t my favorite but it is great for a change. I’ve really opened up my mind to trying out new foods. It never hurts to try something out and I have been very pleasantly surprised with a lot of my new discoveries. So don’t be afraid to try out new foods and recipes :-)