Today started off great right away :-) Even though I had stayed up a little too late last night watching a movie with Ben (well he watched it while I slept through most of it because I had already seen it) I got up at 6:30a and headed out for a bike ride. I realized that I wouldn’t be able to do my usual hour long ride because I had a lot to do to get ready for the boys’ first t-ball games. I decided to to do a short 6 mile ride, I kept the gears high and pedaled as hard as I could most of the time.  There are times when passing and crossing streets that I had to slow down.  It’s been a while since I’ve done a bike ride and I could tell. I was able to get up to 14mph before but my legs felt heavy doing 12mph today. Maybe they were just worn out from yesterdays workouts? I just know that I need to get back to riding my bike more often.

The rest of the morning was ruled by t-ball. I packed snacks and drinks so we wouldn’t have to settle for the food at the Snack Shack. It’s mostly hot dogs, chips, and nachos. Gio’s game was at 9a and we were late because they switched fields on us. His game was short but he did really well. We don’t live far from the fields so we had time to go home after his game for snacks and so Gio could change. Seppe’s game was at 11a and he did a lot better than we thought he would.  I didn’t expect him to last the whole game without just walking off the field. He made it through 4 innings :-)

I was pretty tired after we got home. I record all their games so I was on feet walking around for both games. After lunch, I wound up laying down and fell asleep. A couple hours later I got up and made sure to do my Turbo Fire workout.

It was all about core and flexibility today with Core20 and Stretch40. It felt like Core20 was harder for me today. Maybe I was still tired? I’ve been working on keeping my feet off the ground during the matt exercises. Those hurt so good :-) Last week I felt like I was making progress, but I had to keep my feet on the ground quite a bit today :-( I did a lot better with the Stretch40 workout though. I can do the triceps pushups and the chataranga :-) My left knee did great. I was able to keep it straight for the triangle pose and when stretching with the band. I think that the stretching in this video really helped my knee get better and that I’ve gotten a little more flexible :-)

I found a Mad Abs March workout on Pinterest that I decided that I’d start today. Since I didn’t start on the first, I had 3 days to catch up on. I did Days 1, 2, and 3 back to back. For the plank – I just added up the time for all the 3 days and did all at once. I did the crunches and pushups separately for each day. I did regular pushups. The last set of 12 was tough. I looked at the calendar and saw that by the end of this month, we’re suppose to do 45 pushups. eeeeks!! Not sure if I’ll be able to do all 45 regular pushups but I’ll be trying :-) I figure if I follow the calendar, it will help me get to 45. Decided to do a 4min plank to end my  day :-)

M1: last slice of zucchini loaf because Seppe took a couple bites and decided he wanted something else. Had a Chobani Champions Vanilla Chocolate Chunk with raw almond butter and chia seeds. I’m kind of addicted to adding chia seeds to my breakfast. 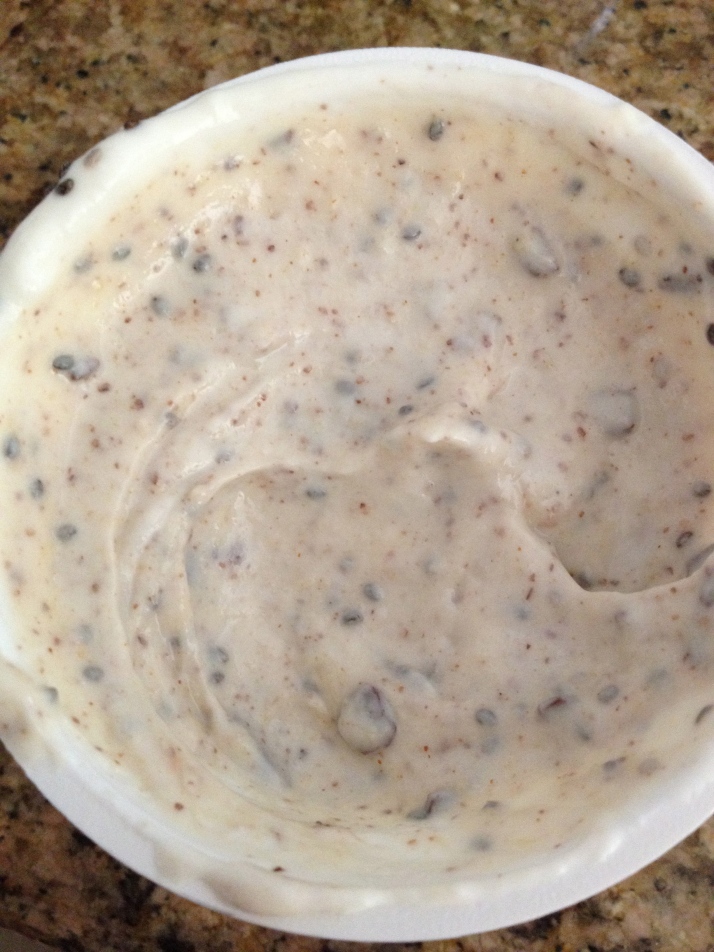 M2: Grapes and a Luna bar in between the boys games.

M3: Ben decided to go to Panda for lunch and I was too tired to put much effort into making anything. I went for a Veggie Bowl with Chicken and String Beans.

M5: Panko Tilapia, broccoli, and roasted zucchini and squash. I used a little olive oil and sea salt for seasoning. This is the first time I’ve cooked veggies in the oven. I think it’s going to be my new way of cooking veggies from now on. It’s so easy to do :-)

Veggies going into the oven :-)

The rest got cut up and put in the freezer :-) 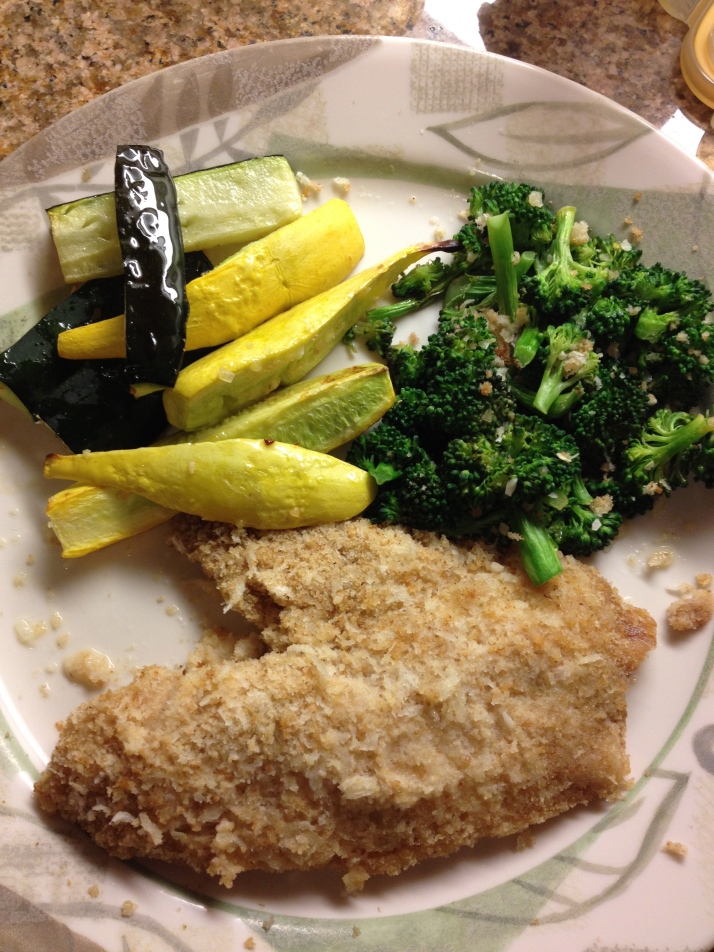