I was so tired last night that I actually listened to Ben and took a break from blogging. lol. I went to bed at 9:30p – and that is Super early for me. It felt great to get some Good sleep – more than my usual 5 maybe 6 hours. Yesterday was a great day though.

I was determined to get up for my bootycall workout. I really need to get back to doing these regularly. I decided to do Tone It Up’s Bikini Blast Circuit – 20 reps each X 3 sets. I followed it with a 2 minute plank. It maybe hard for me to roll out of bed and to do a workout but it totally wakes me up once I’m done :-) I got dressed and made Gio’s lunch all before having to wake the boys up. It felt great to be on top of things.

I went grocery shopping after dropping the boys off at school. I really think that grocery shopping should be considered exercise. lol. At least the part where I have to carry All the bags from my car and inside. I had 8 bags and it took me 2 trips to get it all upstairs. I was a little worn out from it, but I decided to get a workout in before having to pick up Seppe. I hadn’t lifted weights in a while so I did the Spartacus Workout.  I used 25lbs for the Goblet Squat, 15lbs for everything else except for the T-Pushups and Plank Rows where I used  5 lbs. I had just enough time to get in a round of M100’s. I timed myself to see how long it takes me and hopefully I can get faster :-)

I wanted to do my Turbo Fire workout before picking Gio up from school so I did it after lunch.  On the schedule was HIIT20 and Stretch10.  I guess it had been a little while since I’ve done this one because I didn’t remember it. Lol. It felt like a new workout.  I attempted all the tuck jumps.  I liked that we did every drill Twice – and the last one 3 times.  It gave me a chance to do better because I was always behind a little the first time through. Hopefully I’ll remember more the next time so I can just focus on giving it everything I’ve got.  Definitely needed the Stretch10 afterwards.

I probably should have stopped after Turbo Fire.  It was a pretty intense workout. But there was a new Tone It Up Shredmill that I couldn’t resist trying. It was short one – 20 min so I did it before making dinner.  I’ve done most of Tone It Up’s Shredmill’s and their first one is one of my favorites.  I use it for my speed training. I figured I was pretty prepared for this new one…. But I was wrong. 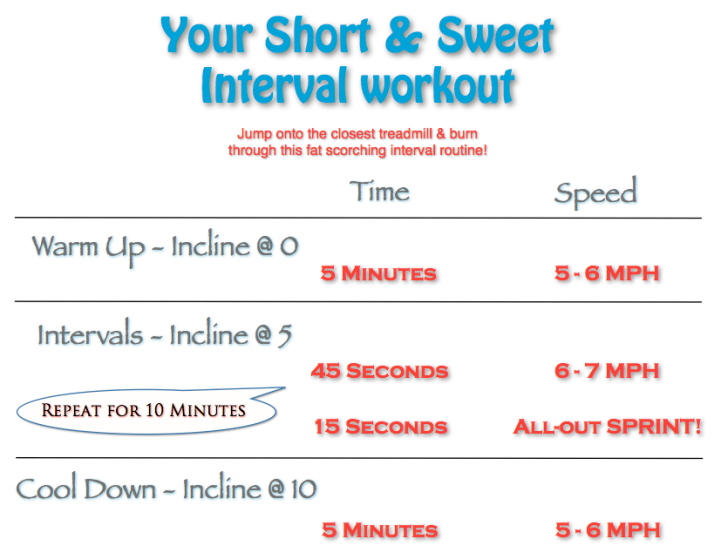 I do Treadmill HIIT’s without much of an incline to save my knees.  This new one had inclines! Sprinting for 15 seconds on an incline was super tough. I really wanted to stop after the second round. I was breathing hard but I told myself that it was for only 10 minutes. The cool down at an even higher incline was intense! I was at 6mph but I wound up lowering to 5mph because I just couldn’t keep up. Yeah I got my butt kicked! Since this one is so tough, it will definitely be one I keep on doing. Plus I think it just gave me a good way to train for hills :-) I’m glad it’s  a short one though because I don’t think my knees would be too happy if I tortured them for too long.

How I Did with the New Shredmill - Going to Keep Working on it :-)

That Shredmill took the very last bit of energy I had. I was completely exhausted at the end of it. I have no idea how I made up 4 flights of stairs to my apartment. I could have gone straight to bed as soon as I got home. Originally I had planned on doing another plank, but I decided I had done enough for the day. My body needed to rest up for my long run tomorrow.

M2: 1/2 a Luna bar that Seppe didn’t want to finish, a slice of TraderJoe’s Zucchini Loaf and a bowl of grapes. I need to start makingzucchini bread from scratch again. I use to make it all the time when I was younger. This one from TraderJoe’s is pretty good. Gotta keep it to 1 serving though.