Finally caught up on my Beach Body posts :-) I was able to get up early even though I was still wanted to stay in bed. I decided to weigh and measure myself because it was the end of the 8 weeks for TurboFire and the beginning of the Bikini Series. I knew that it wouldn’t be lower than the last time because I did take a couple weeks off from working out and I am on my period :-/ That always affects my measurements. It wasn’t as bad as I thought it would be.

Even though my weight is heavier – and I knew it would be. My measurements didn’t change much from the last time.  Not bad considering I spent two weeks eating out a lot and even enjoyed some cheesecake :-p

Today’s challenge was to do the Drop10 Toning and PlateauBuster workouts. I did the Drop10 x3 for my bootycall. It was a great way to wake up.  After dropping Gio off to school and taking Seppe to speech therapy it was Turbo time.

Turbo Fire Day 57 – First day of a month long of HIITs. Today was HIIT15/Sculpt30. The HIIT workout was tough – especially the last one. Lots of tuck jumps and it was hard for me to keep up. I tried to do all the jumps but I think it would have been better if I had done the modified version at the end. I was definitely out of breath at the end.  My biceps are sore from Sculpt30. I made sure to stick to the tougher resistance when doing the curls. Pushups were kind of hard for me today but I think it was just because I was tired from the HIIT. lol.

I was on a different schedule with my Drop10 workouts but for some reason last week, I stopped getting the emails that told me what workout was next. I had already done Plateau Buster on the treadmill last week but I decided to do it again.  I wanted to hit the treadmill but the two that my apartments had were broken so I did it on the elliptical instead.  I raised the resistance to 12 for the 3min interval and lowered in to 8 for the 2min interval.  If you have the resistance high enough, you will sweat with this workout :-) As usual, I end with my PlankADay – 2min. 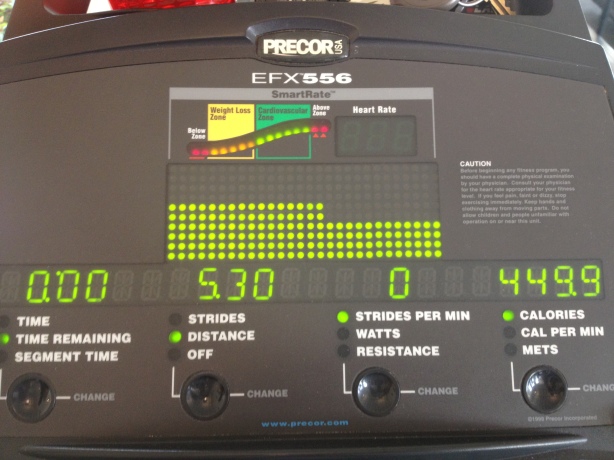 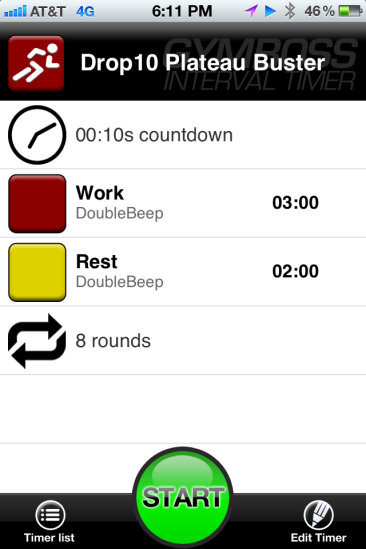 Another Bikini Series challenge for today was to make a Vision Board for the next 8 weeks. I focused on quotes that motivated me and on people who inspired me – of course I had Karena, Katrina, and Chalene on my board :-) I use to think these were kind of pointless since I write my goals down and that’s good enough for me. But after making one and Seeing what I want to focus on, I see how helpful it is and I’m glad that I made one :-)  I’m not much of a cut out from magazine kind of person so I used my iPhone to make my vision board. I also made it my wall paper on my phone so I can be reminded of my goals every time I look at my phone – which is a lot! lol. 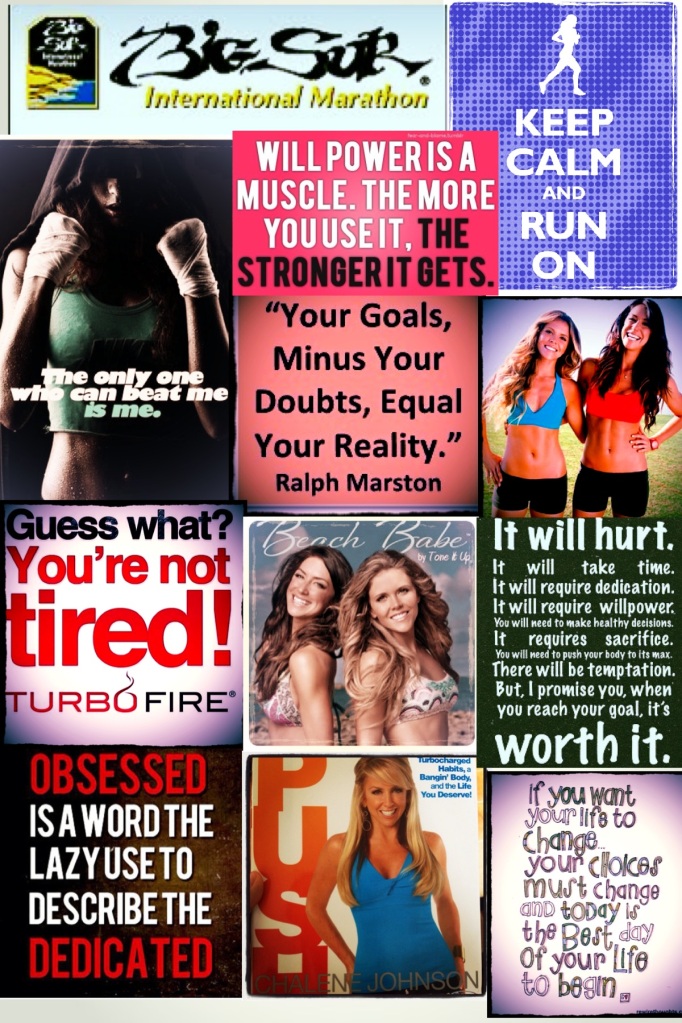 Vision Board created on my iPhone :-) 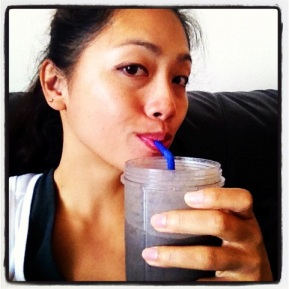 Enjoying my Shakeology after my TurboFire workouts. 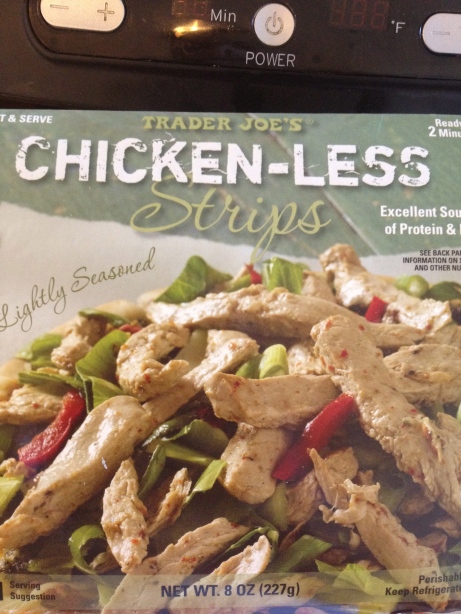 Chicken-less Strips - Not too bad. Actually has a chicken texture to it. 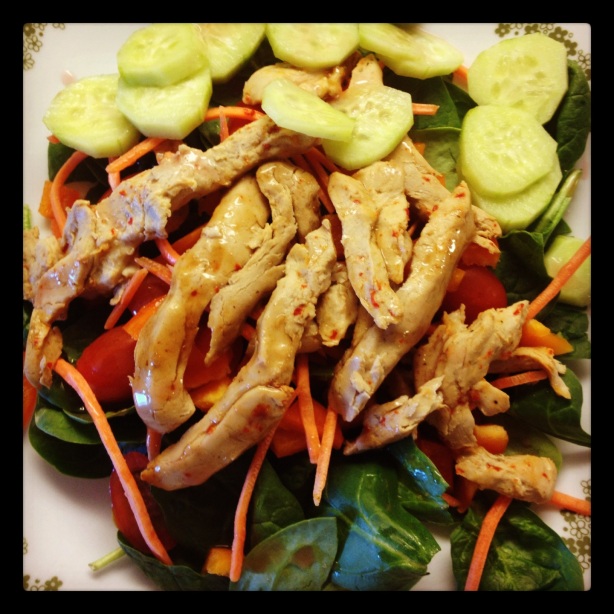 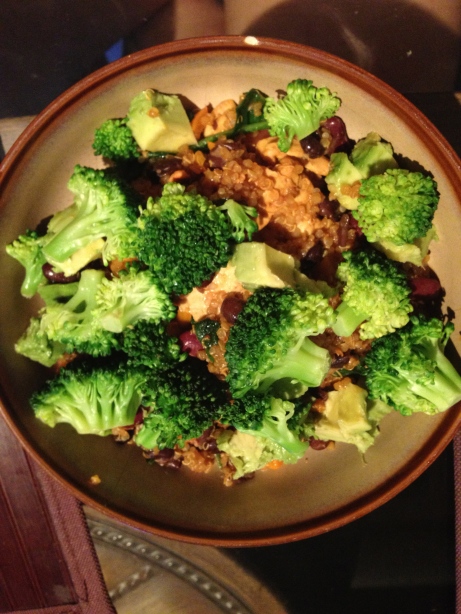 80 oz. water. Forgot my green tea again :-/ Not doing too well with that goal – gotta really start making an effort.